BRITISH holidaymakers jetting away for some winter sun got arctic snow instead as blizzards swept the Spanish coast and islands.

The snow storm has blanketed the “sunshine island” of Majorca and Benidorm with thick snow with scenes more like Scandinavia than the Mediterranean.

The coast of Spain has also been hit with Alicante having the most snow in decades. 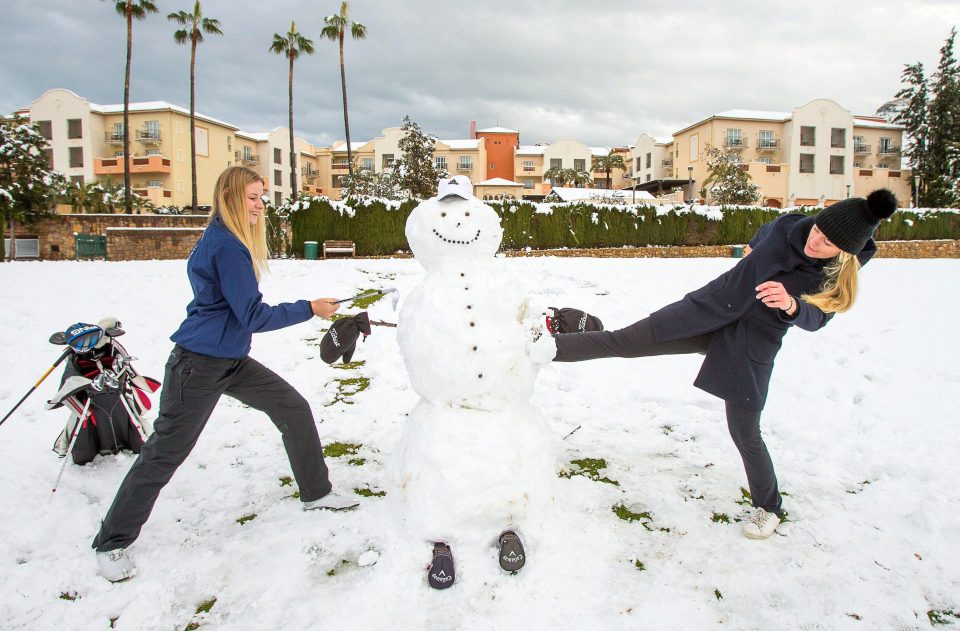 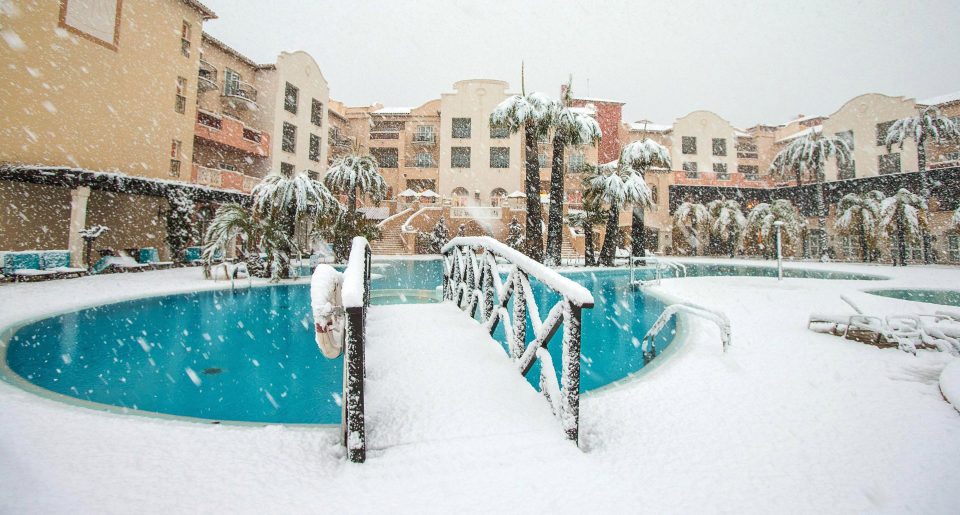 TRISTANJONES/BNPS
A resort pool in Denia, Alicante is covered in snow during a freak storm in south east Spain 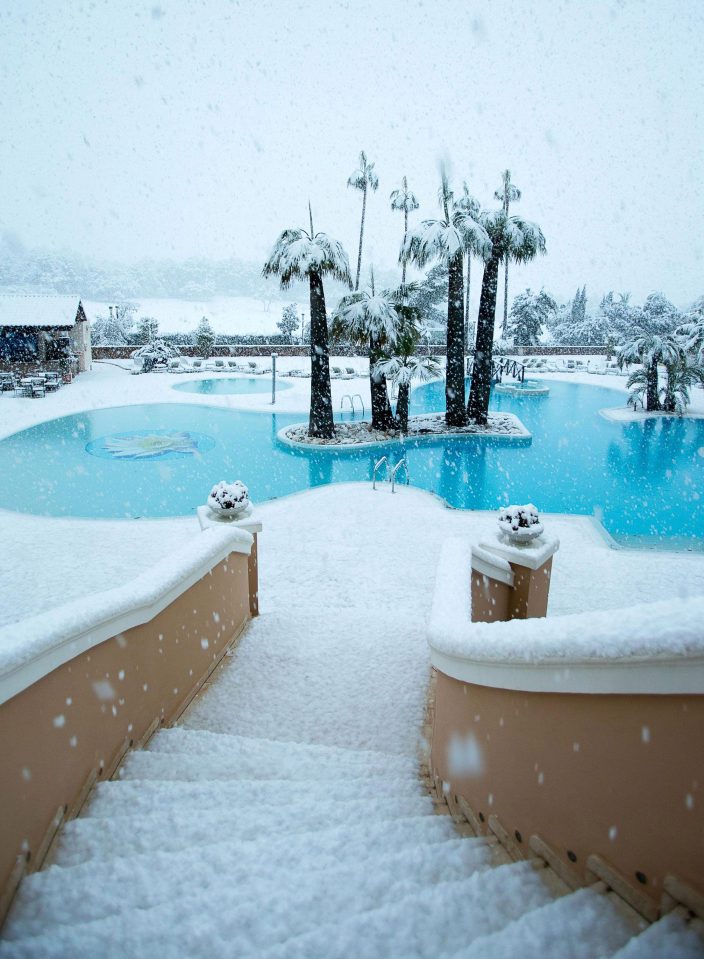 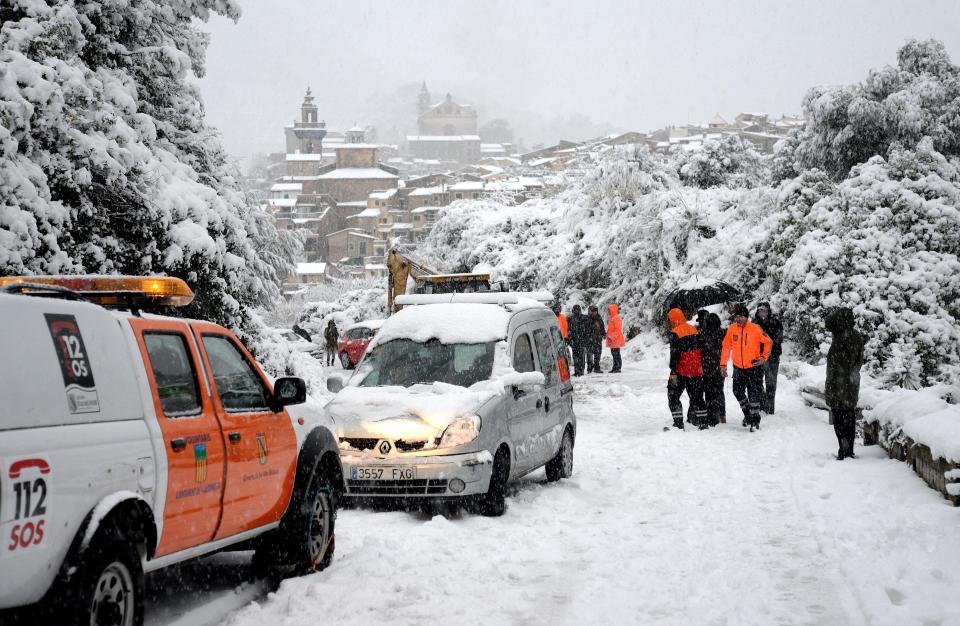 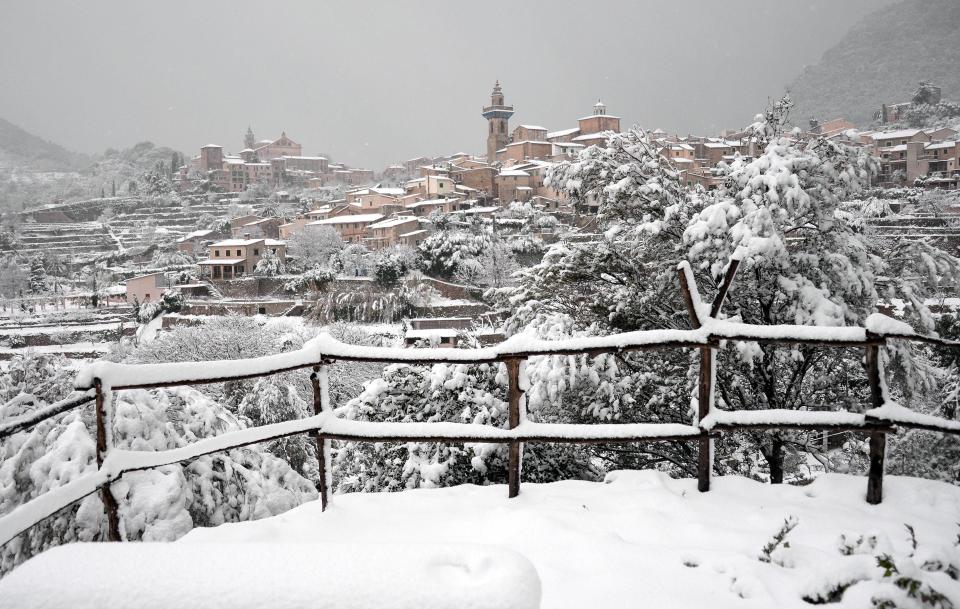 It could be a picture postcard scene in the Alpines, except it isn’t …it’s Majorca

Credit to The Sun

Identity theft using selfies: Your fingerprint can now be stolen from your pictures

(NaturalNews) If you like to display the peace sign when posing for pictures or selfies, there’s a new strategy you should employ, effective immediately. Make sure the back, or fingernail side of your hand is displayed, and not the fingerprint side. If you are featured in any online photos where you are exposing your fingerprint, you might want to consider deleting those as soon as possible. Photos that are shared and stored online create an active database of fingerprints for thieves to exploit.

Advancements in photo manipulation software can now lead to identity theft; because it is now possible for identity thieves to successfully obtain your fingerprint data from images.

Japanese professor, Isao Echizen, knows the dangers of exposing your fingerprints first hand. Echizen is advising people to reconsider the innocent peace sign pose, after a recent experiment was conducted by his team at the NII’s Digital Content and Media Sciences Research Division, where they were able to successfully retrieve peoples fingerprint data from photos that were taken from distances up to three meters away. “Fingerprint data can be re-created if fingerprints are in focus with strong lighting in a picture,” said Echizen.
The technique Echizen describes doesn’t use any special software, but certainly requires good lighting.

Low light pictures aren’t a significant threat now, but could become more serious in the future as mobile cameras become more sophisticated. Whenever possible, it is important not to rely on security measures that require fingerprint data.

Biometrics are becoming an increasingly accepted form of reliable security, replacing passwords and other safeguarding solutions in many instances. Keeping your prints private is now a valid concern. You can always change your password after being hacked, but you can’t change your fingerprints.

Professor Echizen believes that celebrities are most vulnerable to the new method of identity theft; due to the high number of photographs they generally appear in. While regular individuals might downplay the threat, this is a real situation which has already caused everyday people to become victims of ransom scams, because they compromised the security of their digital data.

The fact that your fingerprint data could be stored up in a cloud for comparison raises additional security concerns, because hackers might be able to obtain that data in a security breech similar to what we often see with major companies.

In Echizen’s home country of Japan, as in many parts of the world, the peace sign is a common gesture shown in photos, however, it isn’t the sole hand gesture that could compromise your security. Other common gestures like waving, or giving a thumbs up, also create the same security vulnerability. When a fingerprint is matched with a person’s face, it creates a significantly greater threat for identity thieves to use the biometric datawith malicious intent.

The fingerprint sensor on your phone is the key to unlocking all the private information that is stored on the device. This is not the first warning advising people that their fingerprint data needs to be protected. Back in 2014, a hacker demonstrated an eerily similar technique where he successfully replicated a German politician’s fingerprints from a public photo. The hacker then proceeded to create a three-dimensional mold of the fingerprint, which was capable of unlocking a secured phone. (RELATED: Learn more about technology glitches and failures at Glitch.news)

Washington D.C. Turned Into "Virtual Fortress" As 250,000 Protesters Descend Upon The City 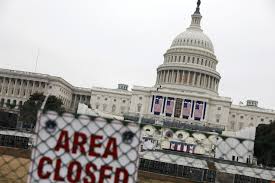 Over the past couple of days, we've highlighted a couple of the mass protests that are being planned by disaffected Hillary supporters in an effort to disrupt the various Trump inaugural events that get kicked off tomorrow evening.  Perhaps the most aggressive "disruptions" have been planned by groups called "DisruptJ20" and the "DC Anti-Fascist Coalition" and include plans to "paralyze the city" with "clusterfuck blockades" of bridges and tunnels, "stink bombs" in ventilation systems and chaining metro trains to station platforms to shut down rail traffic.  Unfortunately for them, all of their plans were caught on tape by Project Veritas (see "New Video Exposes Anti-Trump Groups Plotting Criminal Acts To Disrupt Inauguration") so we suspect police will be well prepared.
As Reuters points out this morning, efforts to disrupt the inaugural process will have to evade a massive force of 28,000 security personnel and miles of fencing and roadblocks fortified by sand-laden dump trucks and other heavy equipment.

Washington will turn into a virtual fortress ahead of Donald Trump's presidential inauguration on Friday, as the U.S. capital braces for more than a quarter-million protesters expected during the Republican's swearing-in.

About 28,000 security personnel, miles (kilometers) of fencing, roadblocks, street barricades and dump trucks laden with sand will be part of the security cordon clamped around 3 square miles (almost 8 square km) of central Washington.

"If we do have a mass arrest, we'll be able to get people processed very quickly," he said in an interview with Washington's NBC 4 television station.

And, if America's millennial snowflakes are able to break through rhe police fortress they will undoubtedly be met by the "Wall of Meat" recently promised by the "Bikers for Trump" group which has vowed to go "toe-to-toe with anyone that is going to break through any police barriers."
Overall, the inauguration is expected to draw a crowd of 900,000 with 250,000 of those guests showing up to protest the new President-elect.

Police have forecast that some 900,000 people, both supporters and opponents, will flood Washington for the inauguration ceremony, which includes the swearing-in on the steps of the U.S. Capitol and a parade to the White House along streets thronged with onlookers.

About 30 groups that organizers claim will draw about 270,000 protesters or Trump backers have received permits for rallies or marches before, during and after the swearing-in. More protests are expected without permits.

By far the biggest protest will be the Women's March on Washington on Saturday, which organizers expect to draw 250,000 people.

Luckily, at least one helpful protest group will be on hand with plans to calm down the rowdy masses by passing out 4,200 doobies.

One Washington inaugural protest will come amid a haze of pot smoke as pro-marijuana protesters show their opposition to Trump's choice for attorney general, Alabama Republican Senator Jeff Sessions, a critic of pot legalization.

The group plans to distribute 4,200 joints at the inauguration and urge attendees to light up. Possession of small amounts of marijuana is legal in Washington, but public consumption is not.

As we've said before, we wish all the protesters the best of luck...we're sure your dreams of disrupting the democratic process will be well rewarded with a free night's stay at a local DC jail.

What Is Going on at Warren AFB? Paul Martin & Dave Hodges I recently interviewed Paul Martin. There are huge weapons cache’s and other weapons of war, as well as a Russian troops buildup in Northern Colorado and Southern Wyoming. These events are also more than likely linked to the border violence that is going unreported in our fake news media.
This is a very revealing video. Please share, people need to know.