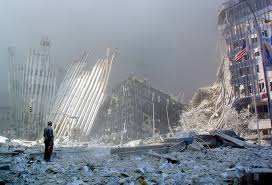 The most likely outcome of the current fiscal dispute, in Goldman's opinion, is an agreement that combines an increase in the debt limit and a "continuing resolution" that reopens the federal government. Unlike the November T-Bill market traders, Goldman expects this to pass; but no earlier than the end of next week (i.e., October 11-12) and more likely sometime around the Treasury's projected deadline of October 17.
Other outcomes are possible, but Goldman believes they have lower probabilities.
Via Goldman Sachs,
Will the Federal Shutdown End with a Debt Ceiling Increase?
The federal shutdown has entered its fourth day and looks very likely to last into next week and quite possibly longer. The situation is highly uncertain, but at this point we can envision the outcome going one of three ways:

1. The shutdown ends over the next several days, as Congress feel pressure to resolve it. It is possible that public sentiment could build to the point that a majority of Republican lawmakers support a "clean" extension of spending authority without health-related policy changes attached. Most polls show the public broadly opposed to the shutdown, and we believe there would be ample support in the House to reopen the government if a "clean" continuing resolution was put to a vote on the House floor. However, Republican leaders are unlikely to bring such a bill up for a vote unless there is broad agreement within the Republican membership of the House to do so. So far, sentiment among Republican voters is still much more evenly divided, and doesn't imply that public pressure will change the situation anytime soon. A Quinnipiac University poll conducted just before the shutdown found 49% of Republicans in favor of a shutdown to block the health law, while 44% opposed it; a new CBS News poll conducted October 1-2 (i.e., after the shutdown began) asks a similar question and shows little change, with 48% of Republicans in support and 49% opposed. We would expect opposition to the shutdown to build as the negative effects get more attention, but this seems likely to take several more days at least. If so, the debt limit deadline would be only a week away at that point and dealing with the two issues would seem unlikely. We see this outcome as only a 10% probability.

2. The shutdown and debt limit are dealt with together by sometime around the debt limit deadline of October 17. If the shutdown continues into next week, both parties seem likely to agree to merge the discussion of these issues. This would make sense from a practical perspective since negotiating and passing a continuing resolution could take at least a week if there are procedural objections in the Senate, leaving little time for a debt limit negotiation before the October 17 deadline. From a political perspective, this would also be advantageous, for two reasons:

First, as noted above, a standalone agreement on reopening the government seems difficult to reach without addressing seemingly irreconcilable differences on whether changes to Obamacare should be included. But a much broader set of proposals have been floated in the context of the debt limit, such as changes to sequestration and/or a fast-track process for tax reform.

Second, like most compromises, whatever agreement is reached on either the debt limit or ending the shutdown will probably be unsatisfactory to some members of both parties. If so, congressional leaders would probably prefer to only have to disappoint some of their members once, rather than twice in close succession. We see this as a 60% probability.

3. The debt limit is increased well before October 17 but the shutdown continues beyond that. It is possible that after attempting to merge the two issues, congressional leaders could find themselves still unable to agree on how to resolve the shutdown by the time the debt limit deadline has been reached. However, it appears fairly clear to us that neither Republican nor Democratic leaders are interested in allowing the Treasury to run out of cash. In such a scenario, it is plausible that House Republicans could agree to bring up a "clean" or nearly clean debt limit increase, which would pass with more Democratic than Republican votes. Media reports indicate that Speaker Boehner has raised this possibility with some of his Republican colleagues. We assume that Senate Democrats would prefer to deal with both issues together, but since the White House's position has been that there will be no negotiation on the debt limit, it might be difficult for them to reject a clean debt limit extension simply because it did not also reopen the federal government. That said, while this is a possibility, this would only come about if the approach to combine the debt limit and the shutdown fails. We believe this outcome has a 30% probability.

Could Congress raise the debt limit earlier than expected?
As the fiscal debates over the last few years have demonstrated, it usually takes Congress until just before or sometimes just after the deadline to strike a deal on an important issue. Once again, there are reasons to think Congress might wait until the last possible moment to raise the debt limit (or simply suspend the debt limit until a future date, probably the end of 2014). In addition to the usual political factors, an issue that has concerned us is that there appears to be a sense among some in Congress that the October 17 deadline is not in fact the deadline. This is due in part to the fact that the Treasury has indicated it expects to have a $30bn cash balance when it exhausts its borrowing capacity. By contrast, ahead of prior debt limit increases, the Treasury has simply provided the date at which it expects to exhaust its borrowing authority, leaving unstated how much cash it expected to have at that point. Some $30bn is not a great deal of cash for an organization whose cashflows can diverge from expectations by several billion dollars on a given day. That said, the explicit acknowledgement of the likely size of the cash balance has led in our view to a sense in Congress that the October 17 deadline could come and go without real consequences.
But one of the more counterintuitive effects of the current fiscal dispute is that it is beginning to look possible that Congress might actually raise the debt limit well ahead of the deadline. If the shutdown and debt limit issues are tied together as we expect, rising political pressure to resolve the shutdown could serve as a catalyst for a debt limit agreement rather than the debt limit deadline itself. This could mean that lawmakers focus more intently on raising the debt limit as a way of ending the shutdown. Also, Congress is scheduled to go on recess the week of October 13, but this would presumably have to be cancelled if the debt limit had not yet been addressed. In the past, seemingly intractable political disputes have often been resolved around the start of planned congressional recesses.
Moreover, the intense focus on the shutdown and Obamacare seems to have increased the likelihood, noted earlier, that Republican leaders could opt to pass a "clean" or nearly clean debt limit extension. We noted in a recent report that one potential silver lining of a government shutdown would be that it would reduce the appetite for a second difficult fiscal dispute. The jury is still out on how this will actually play out, but our sense at the moment is that things are moving in this direction: while the shutdown looks likely to last longer than most observers had expected, there is growing discussion of passing a debt limit increase with a fairly small package of policy changes, or potentially none at all.
Credit to Zero Hedge
Posted by Unknown at 7:00 AM No comments: Links to this post 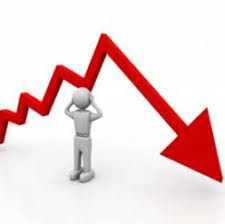 The global economy is experiencing “transitions on an epic scale”, the International Monetary Fund managing director said on Thursday, warning that turbulence in emerging markets could knock 0.5 to 1 percentage point off their growth.

Christine Lagarde’s remarks show the damage done to emerging markets by a recent round of “taper talk”, over the possibility of the US Federal Reserve slowing the pace of its asset purchases and their vulnerability to future changes in the pattern of global capital flows.

“The immediate priority is to ride out the turbulence as smoothly as possible,” said Ms Lagarde. “Currencies should be allowed to depreciate. Liquidity provision can help deal with dysfunctional market behaviour. Looser monetary policy can also help.”

Credit to Infowars
Posted by Unknown at 6:00 AM No comments: Links to this post