Turkey: U.S. Airmen & Their Families Locked Down at Air Base

Some 1,500 US airmen and their families have been locked in the southern Turkish air base of Incirlik together with a stock of tactical nuclear bombs since President Reccep Erdogan crushed an attempted coup on Saturday, July 16. In the four days up until Wednesday, July 20, therefore, no air strikes against ISIS in Syria and Iraq have been staged from that Turkish base.
This extraordinary situation, reported here by Debkafile’s military sources, whereby a large group of American military personnel are held virtual captive by an allied government, was almost certainly raised in the phone call that took place Tuesday between President Barack Obama and Erdogan. But the most outlandish aspect of this affair is that no American official has raised it in public - nor even by the administrations most vocal critics at the Republican convention which nominated Donald Trump as presidential candidate.
The situation only rated a brief mention in some Russian publications under the heading: “Turkish investigators enter & search Incirlik air base where US nukes are housed.”
Our military sources report that deep bunkers located near the base’s running strips house B61 tactical nuclear gravity bombs.
In the course of the massive sweep-cum-purge Erdogan is conducting in every corner of the country, hundreds of police officers accompanied by Ministry of Justice and Attorney General Office investigators are the only people permitted to enter the strategic air base, and only emergency cases may leave, after coordinating with the Turkish authorities.
The base is under virtual siege by large police contingents, cut off from electric power for several days except for local generators which will soon run out of fuel. This pressure appears to be Erdogan’s method of turning hundreds of Americans on the base into hostages to force Washington into extraditing Fethullah Gulen, whom he accuses of orchestrating the failed coup from his place of asylum in Pennsylvania.
The victims of Erdogan’s strategy of extortion are several US units deployed in Incirlik under squadron command. They include engineering, communication, logistics, air control, a military hospital with medical and operational facilities, air transportation and more.
The Turkish squadron and base commander, Brigadier Gen. Bekir Ercan, is under arrest, suspected of a senior role in planning and executing the coup, by assigning the aircraft and helicopters to support it, responsibility for the disappearance of a large number of aircraft and aiding the defection of air crews to Greece.
He is one of the more than 6,000 military personnel including fellow generals arrested on suspicion of active complicity in the coup plot.
Credit to virtualjerusalem.com
http://virtualjerusalem.com/news.php?option=com_content&view=article&id=22878:turkey-u-s-airmen-their-families-locked-down-at-air-base&catid=3:world&Itemid=22878
Posted by Unknown at 5:00 PM No comments: 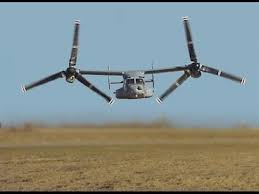 Japan will continue buying weapons from the U.S. as tensions with China over the South China Sea reach a boiling point.

The U.S. approved Japan’s request to buy hundreds of anti-aircraft missiles Tuesday, a sale that could be worth as much as $821 million. The U.S. Navy announced earlier this week that four more Bell V-22 Osprey helicopters will be delivered to Japan in the next four years.


Japan is eligible to purchase up to 246 SM-2 Block IIIB Standard missiles from U.S. defense manufacturer Raytheon. The missiles “will be used for anti-air warfare at sea,” and loaded on one of Japan’s four destroyers, according to the Department of State’s announcement. Japan is also building two more destroyers that will be capable of launching the missiles.

Bell Boeing, a joint project between Bell Helicopter and Boeing, sold five V-22 Ospreys to Japan last year, which marked the first international sale of the helicopter. The Osprey boasts the “vertical performance of a helicopter with the speed and range of a fixed-wing aircraft,” and has become the primary aircraft used by U.S. Marines for operations in the Middle East.

Terror Attacks Are The New Normal For Europe

Email ThisBlogThis!Share to TwitterShare to FacebookShare to Pinterest
Labels: Revelation 9:3

The Pope has a SHOCKING plan for 2016

The conference was sponsored by MEPhl and attracted more than 200 participants. “We are on the verge of a major breakthrough that was discussed since the fifties of the previous century,” Samsonovich said on Tuesday.

The breakthrough, according to Samsonovich, is the creation of free thinking machines capable of feeling and understanding human emotions, understanding narratives and thinking in those narratives, as well as being capable to actively learn on their own.

Matteo Renzi has promised to resign if he loses a referendum on constitutional reform in October, which threatens to shake the financial foundations of the nation and push contagion to other nations in the crumbling bloc.
The Pro-EU Premier’s nickname is II Rottamatore - The Demolition Man - but many fear this moniker may come back to haunt him and he could become the main target for his own demolition.
Renzi’s departure would be taken badly by markets that have backed his reform agenda.
Guntram Wolff, director of Bruegel, an influential Brussels-based think tank, said: "Political instability would indeed cause financial instability.”
If his proposals are defeated, opposition parties who are determined to push forward a breakaway from Brussels, and with Brexit increasing anti-EU sentiment across the continent, they will prepare for a fight to topple the union.
The autumn vote is about major constitutional change to Rome's notoriously slow and costly system of government.
Italy is one of EU’s founding members, with the union’s flag standing proud atop state buildings nationwide.
However, the ongoing migrant crisis and the bloc’s failure to stop thousands arriving on the nation’s shores, as well as constant negotiations over its finances, has left many Italians scorned.
Britain’s momentous decision to sever ties with Brussels was celebrated by anti-establishment and Eurosceptic party the Five Star Movement.
Five Star Movement, founded by comedian Beppe Grillo, has now become the most popular party in Italy after it won a quarter of the national vote in 2013 and last month clinched the mayoral seats in Rome and Turin.
Recent polls show it has 30.6 pr cent of the vote - up from the ruling Democratic Party’s 29.8 per cent.
Credit to express.co.uk
http://www.express.co.uk/news/world/691326/Italy-prime-minister-Matteo-Renzi-political-financial-break-down-Eurozone-European-Union

Erdogan to world leaders: Mind your own business

Turkey President Recep Tayyip Erdogan doubled down on his policies of purging Turkish society of suspected dissidents in an interview yesterday (Wednesday) with Al-Jazeera, addressing the criticisms of several world leaders directly.

Erdogan's efforts have focused mainly on rooting out all supporters of rival Islamic cleric Fethullah Gulen, who he blames for masterminding Friday night's failed coup. Gulen denies any involvement.

The Turkish President spoke in the interview about the efforts to extradite Mr. Gulen from the US, saying that if the Americans refused to hand Gulen over, it would be a "big mistake." Erdogan claimed that the investigation into the coup has turned up substantial evidence that Gulen was behind it, and that all this evidence has been presented to the Obama administration.

The Turkish government hasn't waited for Gulen's arrival before closing down many of the schools associated with the exiled cleric's religious organization.
"The coup was an attempt by a minority, Gulen's supporters, to impose itself on the majority," said the President.

Erdogan went on to address the criticism which has come his way from many quarters vilifying his methods as authoritarian, first objecting to the claim that he was taking control of the press and destroying its ability to criticize the administration. "I didn't censor the media, they stood by me because they knew they stood to lose a lot if the rebellion succeeded," the President claimed.

He denied that he had the power to decide to bring back the death penalty to Turkey, saying that it was in parliament's hands, but had little patience with comments made by the German Foreign Minister to the effect that Turkey would not be allowed to join the European Union if it implemented the death penalty.

"The world is not just the EU," Erdogan retorted, "the death penalty exists in countries like the US, in Russia, and in China."

The Turkish President didn't withhold his ire from his French and Egyptian critics either. To the French Foreign Minister, who has harshly denounced the "purge", the President offered advice that he should "deal with the French's own problems and stay out of our business."
As to Egyptian President Abdel Fattah al-Sisi - an opponent and critic of Erdogan's ever since he overthrew Mohammed Morsi in Egypt's own, successful, military coup - the Turkish President had harsher things to say. "How can we respect the behavior of someone who came into power by a military coup himself?" Erdogan asked, "al-Sisi has nothing to do with democracy."