America's Oil Price Inflation Crisis is Yet to Come


hostgator coupon 2011
Posted by Unknown at 3:00 PM No comments: Links to this post

In a blunt critique of his successor, Fed Chairman Ben Bernanke, Greenspan said the $2 trillion in quantative easing over the past two years had done little to loosen credit and boost the economy.

"There is no evidence that huge inflow of money into the system basically worked," Greenspan said in a live interview.

"It obviously had some effect on the exchange rate and the exchange rate was a critical issue in export expansion," he said. "Aside from that, I am ill-aware of anything that really worked. Not only QE2 but QE1."

Greenspan’s comments came as the Fed ended the second installment of its bond-buying program, known as QE2, after spending $600 billion. There were no hints of any more monetary easing—or QE3—to come.

Greenspan said he "would be surprised if there was a QE3" because it would "continue erosion of the dollar."

The former Fed chairman himself has been widely criticized for the low-interest rate policy in the early and mid 2000s that many believe led to the 2008 credit crisis.

Bernanke, who took over for Greenspan in 2006, began implementing the quantitative easing program in 2009 in an attempt to unfreeze credit and prevent a collapse of the US financial system.

Reuters) - Moody's on Wednesday warned it may downgrade some Aaa-rated U.S. states and municipalities if the country loses its top-notch rating or if federal funding falls significantly as part of a plan to reduce the nation's deficit.

Most states and some municipalities rely on federal funding for operational purposes. The most susceptible to federal budget cuts would be those with greater economic volatility and that rely more heavily on capital markets to refinance their debt, Moody's senior analyst Anne Van Praagh told Reuters in an interview.

"To the extent that Treasuries markets are volatile (in the case of a U.S. default and downgrade), then that could pass through in the form of additional interest costs for states or local governments," she said.

Moody's said earlier this month it may cut U.S. ratings in August if the government misses debt payments because of a failure by Congress to raise the nation's debt ceiling.

Negotiations between Republicans and Democrats to raise the debt limit fell apart earlier this week over disagreements on taxes and the size of budget cuts.

Van Praagh said Moody's will analyze the impact of a federal deficit reduction plan on state and local governments to decide about possible downgrades.

"We have 15 Aaa-rated states and we think that, generally, many of them will be resilient. We're looking closely at those which are vulnerable and we'll put out some more specific research in the next few weeks with details," she said.

In its report issued on Wednesday, Moody's also said ratings directly linked to the U.S. government, including those of Fannie Mae, Freddie Mac, the Federal Home Loan Banks and Federal Farm Credit Banks, would move in lock-step with any sovereign rating action.

The ratings on municipal supported transactions, pre-refunded municipal bonds, and structured securities that hold government-linked debt as their primary collateral would also move in lock-step with the sovereign rating, it added.

However, the credit-worthiness of U.S. corporates and financial institutions with Aaa stand-alone credit ratings that lack any direct credit linkage to the sovereign would generally be resilient to a one- or a two-notch downgrade of the U.S. government, Moody's said.

hostgator coupon 2011
Posted by Unknown at 11:00 AM No comments: Links to this post

Unemployment rises in more than half of U.S. metro areas 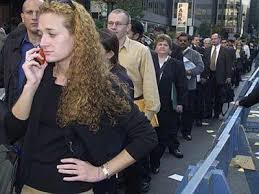 Nationwide, the unemployment rate ticked up in May to 9.1% and employers added just 54,000 net jobs. Employers added an average of 220,000 jobs a month the previous three months.

Tornadoes and flooding shut some companies in the South in late April and May. And a parts shortage stemming from the March 11 earthquake in Japan affected U.S. auto production. The metro employment data isn't seasonally adjusted, and as a result can be volatile from month to month.

One of the biggest increases was in Tuscaloosa, Ala., which was struck a deadly tornado that killed 41 people in late April. The unemployment rate there rose from 8.1% in April to 9.3% in May.

Toyota, Ford Nissan and Chrysler were all forced to shut some or all of their North American factories because of the parts shortage. At least 13 metro areas in South Carolina and Louisiana, where many factories are located, saw significant gains in unemployment. Detroit, Ann Arbor and Battle Creek, Mich., also saw big increases.

The sharpest increase in unemployment was in Yuma Ariz. The unemployment rate there rose from 25.3% in April to 27.9% in May. Competition from farmers in neighboring Mexico has left some cotton, wheat and lettuce growers out of work. Agriculture drives about 40% of Yuma's economy.

Many of the areas with the steepest declines are tourist destinations. Hotels and tourist attractions add workers for the summer. Ocean City, N.J., reported the sharpest decline. Unemployment there fell from 13.3% in April to 11.6% in May.

Other steep drops were in three California metro areas: Madera-Chowchilla, Santa Cruz-Watsonville and Salinas. All three are big farming communities that demand more seasonal workers at this time of year.

AP
hostgator coupon 2011
Posted by Unknown at 9:00 AM No comments: Links to this post

hostgator coupon 2011
Posted by Unknown at 8:00 AM No comments: Links to this post