Dallas Fed met with banks, told them not to force energy bankruptcies; demand asset sales instead 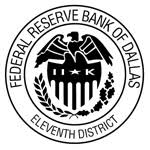 Earlier this week, before first JPM and then Wells Fargo revealed that not all is well when it comes to bank energy loan exposure, a small Tulsa-based lender, BOK Financial, said that its fourth-quarter earnings would miss analysts’ expectations because its loan-loss provisions would be higher than expected as a result of a single unidentified energy-industry borrower. This is what the bank said:

“A single borrower reported steeper than expected production declines and higher lease operating expenses, leading to an impairment on the loan. In addition, as we noted at the start of the commodities downturn in late 2014, we expected credit migration in the energy portfolio throughout the cycle and an increased risk of loss if commodity prices did not recover to a normalized level within one year. As we are now into the second year of the downturn, during the fourth quarter we continued to see credit grade migration and increased impairment in our energy portfolio. The combination of factors necessitated a higher level of provision expense."

Another bank, this time the far larger Regions Financial, said its fourth-quarter charge-offs jumped $18 million from the prior quarter to $78 million, largely because of problems with a single unspecified energy borrower. More than one-quarter of Regions’ energy loans were classified as “criticized” at the end of the fourth quarter.
It didn't stop there and and as the WSJ added, "It’s starting to spread" according to William Demchak, chief executive of PNC Financial Services Group Inc. on a conference call after the bank’s earnings were announced. Credit issues from low energy prices are affecting "anybody who was in the game as the oil boom started,” he said. PNC said charge-offs rose in the fourth quarter from the prior quarter but didn’t specify whether that was due to issues in its relatively small $2.6 billion oil-and-gas portfolio.
Then, on Friday, U.S. Bancorp disclosed the specific level of reserves it holds against its $3.2 billion energy portfolio for the first time. "The reason we did that is that oil is under $30" said Andrew Cecere, the bank’s chief operating officer. What else will Bancorp disclose if oil drops below $20... or $10?
It wasn't just the small or regional banks either: as we first reported, on Thursday JPMorgan did something it hasn't done in 22 quarter: its net loan loss reserve increased as a result of a jump in energy loss reserves. On the earnings call, Jamie Dimon said that while he is not worried about big oil companies, his bank has started to increase provisions against smaller energy firms.

Then yesterday it was the turn of the one bank everyone had been waiting for, the one which according to many has the greatest exposure toward energy: Wells Fargo. To be sure, in order not to spook its investors, among whom most famously one Warren Buffett can be found, for Wells it was mostly "roses", although even Wells had no choice but to set aside $831 million for bad loans in the period, almost double the amount a year ago and the largest since the first quarter of 2013.
What was laughable is that the losses included $118 million from the bank’s oil and gas portfolio, an increase of $90 million from the third quarter. Why laughable? Because that $90 million in higher oil-and-gas loan losses was on a total of $17 billion in oil and gas loans, suggesting the bank has seen a roughly 0.5% impairment across its loan book in the past quarter.
How could this be? Needless to say, this struck us as very suspicious because it clearly suggests that something is going on for Wells (and all of its other peer banks), to rep and warrant a pristine balance sheet, at least until a "digital" moment arrives when just like BOK Financial, banks can no longer hide the accruing losses and has to charge them off, leading to a stock price collapse.
Which brings us to the focus of this post: earlier this week, before the start of bank earnings season, before BOK's startling announcement, we reported we had heard of a rumor that Dallas Fed members had met with banks in Houston and explicitly "told them not to force energy bankruptcies" and to demand asset sales instead.
We can now make it official, because moments ago we got confirmation from a second source who reports that according to an energy analyst who had recently met Houston funds to give his 1H16e update, one of his clients indicated that his firm was invited to a lunch attended by the Dallas Fed, which had previously instructed lenders to open up their entire loan books for Fed oversight; the Fed was shocked by with it had found in the non-public facing records. The lunch was also confirmed by employees at a reputable Swiss investment bank operating in Houston.
This is what took place: the Dallas Fed met with the banks a week ago and effectively suspended mark-to-market on energy debts and as a result no impairments are being written down. Furthermore, as we reported earlier this week, the Fed indicated "under the table" that banks were to work with the energy companies on delivering without a markdown on worry that a backstop, or bail-in, was needed after reviewing loan losses which would exceed the current tier 1 capital tranches.
In other words, the Fed has advised banks to cover up major energy-related losses.
Credit to Zero Hedge