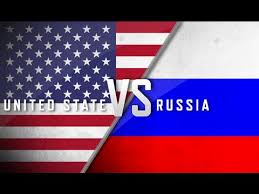 Washington is set to start deterring Russia in space. President Barack Obama in a letter notified Congress that in "accordance with section 1613 of the National Defense Authorization Act for Fiscal Year 2016" he had summited a classified report on deterring "adversaries in space."

The US brought up the idea of deterrence in space last year, citing Russia and China among the possible rivals. According to the Pentagon, Moscow and China are building up their presence in space while the US is lagging behind.

US Deputy Defense Secretary Frank Kendall urged to boost spending on space in a bid to catch up to Russia and China.

Recently, Barack Obama recalled the "Russian threat in space" in the light of fierce debates on the 2017 defense budget. According to draft bill, US defense spending for the next fiscal year estimates at $582 billion. Debates over the budget once again showed contradictions between the Republicans and the Democrats. The Republicans have insisted on boosting defense spending, including costly modernization programs, particularly in rocket technologies and nuclear arms. Space technologies are the hottest topic of the debates. Recently, the House Armed Services Committee discussed the purchase of 18 Russian-made RD-180 rocket engines. They are required for the Atlas-5 space program, including delivering military satellites into orbit. The Russian engines are also part of the X-37B Orbital Test Vehicle (OTV).

After Washington imposed sanctions against Russia a group of US congressmen called for the cancellation of the RD-180 deliveries. However, the Pentagon opposed, saying that the US would not be capable to develop its own analogue to until 2021. Probably, the classified report would include measures to cut reliance on the Russian-made engines.

It is also possible that the US would further develop its traditional space technologies.

"Military space technologies can be divided into two segments – offensive and information. The US is not developing offensive space weapons because such programs are too expensive. Washington is interested in information technologies, particularly space intelligence," Ivan Moiseyev, head of the Institute of Space Politics, told the Russian online newspaper Vzglyad.

Currently, 40 percent of the satellites orbiting Earth are American satellites. In addition to financial benefits, the use of satellites is crucial for defense needs. The Outer Space Treaty bars states from placing weapons of mass destruction in orbit. But the treaty does not prohibit the use of conventional weapons in space.

As a result, the US wants to secure its satellites via military dominance in space.

Credit to SputnikRead more: http://sputniknews.com/military/20160528/1040416910/us-russia-space-militarization.html#ixzz49y5wnEOX
Posted by Unknown at 10:00 AM No comments: Links to this post

The Dutch government will allow labs to grow human embryos to be used for research in a limited number of fields, it announced on Friday. Currently scientists have to rely on a limited supply of leftover embryos from in vitro fertilization patients.

"The ban on the cultivation of embryos [has] hampered research which could help with the treatment of diseases on the short to medium-long term," the government said in a statement, justifying the ethically controversial move.

The cultivation would still have strict conditions applied to it, the statement said. Such embryos can only be used in research related to “infertility, artificial reproduction techniques and hereditary or congenital diseases."

The new regulations would not change the so-called “14-day rule”, which demands that any human embryo kept in a lab be destroyed no later than two weeks after fertilization.

The rule, designed to avoid a debate on when an embryo should be considered a human being rather than a tissue sample, is in place in many countries, but until recently was excessive, since there was no technology to keep a human embryo viable in vitro that long. But a new technique described by US and UK researchers in a paper published earlier this month allows that, giving practical interest to the ethical consideration.

A similar change of policy came in Britain this year, when the country granted its first research license to genetically modify human embryos.

Chinese researchers reported that they had modified genomes of human embryos last year, causing a heated debate in the scientific community. Critics said the editing procedure they used failed to affect all embryos and caused off-target mutations in some.