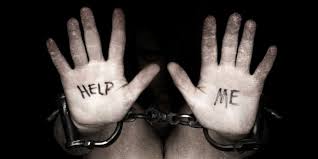 Could you survive on just $2.50 a day?  According to Compassion International, approximately half of the population of the entire planet currently lives on $2.50 a day or less.  Meanwhile, those hoarding wealth at the very top of the global pyramid are rapidly becoming a lot wealthier.  Don’t get me wrong – I am a very big believer in working hard and contributing something of value to society, and those that work the hardest and contribute the most should be able to reap the rewards.  In this article I am in no way, shape or form criticizing true capitalism, because if true capitalism were actually being practiced all over the planet we would have far, far less poverty today.  Instead, our planet is dominated by a heavily socialized debt-based central banking system that systematically transfers wealth from hard working ordinary citizens to the global elite.  Those at the very top of the pyramid know that they are impoverishing everyone else, and they very much intend to keep it that way.
Let’s start with some of the hard numbers.  According to Zero Hedge, Credit Suisse had just released their yearly report on global wealth, and it shows that 45.6 percent of all the wealth in the world is controlled by just 0.7 percent of the people…

As Credit Suisse tantalizingly shows year after year, the number of people who control just shy of a majority of global net worth, or 45.6% of the roughly $255 trillion in household wealth, is declining progressively relative to the total population of the world, and in 2016 the number of people who are worth more than $1 million was just 33 million, roughly 0.7% of the world’s population of adults. On the other end of the pyramid, some 3.5 billion adults had a net worth of less than $10,000, accounting for just about $6 trillion in household wealth.

And since this is a yearly report, we can go back and see how things have changed over time.  When Zero Hedge did this, it was discovered that the wealth of those at the very top “has nearly doubled” over the past six years, and meanwhile the poor have gotten even poorer…

Incidentally, we tracked down the first Credit Suisse report we found in this series from 2010, where the total wealth of the top “layer” in the pyramid was a modest $69.2 trillion for the world’s millionaires. It has nearly doubled in the 6 years since then. Meanwhile, the world’s poorest have gotten, you got it, poorer, as those adults who were worth less than $10,000 in 2010 had a combined net worth of $8.2 trillion, a number which has since declined to $6.1 trillion in 2016 despite a half a billion increase in the sample size.

If these trends continue at this pace, it won’t be too long before the global elite have virtually all of the wealth and the rest of us have virtually nothing.
Perhaps you are fortunate enough to still have a good job, and you live in a large home and you will sleep in a warm bed tonight.
Well, you should consider yourself to be very blessed, because that is definitely not the case for most of the rest of the world.  The following 11 facts about global poverty come from dosomething.com, and I want you to really let these numbers sink in for a moment…
So how did we get here?
Debt is the primary mechanism that takes wealth from ordinary people like you and me and puts it into the hands of the global elite.
In my recent article entitled “Why Donald Trump Must Shut Down The Federal Reserve And Start Issuing Debt-Free Money“, I discussed how the Federal Reserve was designed to entrap the U.S. government in an endless debt spiral from which it could never possibly escape.  And that is precisely what has happened, as the U.S. national debt has gotten more than 5000 times larger since the Federal Reserve was created in 1913.
In that very same year, the federal income tax was instituted, and that is a key part of the program for the global elite.  You see, the income tax is how wealth is transferred from us to the government.  And then a continuously growing national debt is how that wealth is transferred from the government to the elite.
It is a very complicated system, but at the end of the day it is all about taking money from us and getting it into their pockets.
And at this point more than 99.9 percent of the population of the world lives in a country with a central bank, and almost every nation on the planet has some form of income tax.
It is a global system that is designed to create as much debt as possible, and I recently shared with my readers that the total amount of debt in the world has hit a staggering all-time record high of 152 trillion dollars.
Interestingly, the Bible actually foretells of a time when rich men would hoard wealth in the last days.  The following are the first five verses of the Book of James in the Modern English Version…

Come now, you rich men, weep and howl for your miseries that shall come upon you. 2 Your riches are corrupted and your garments are moth-eaten. 3 Your gold and silver are corroded, and their corrosion will be a witness against you and will eat your flesh like fire. You have stored up treasures for the last days.4 Indeed the wages that you kept back by fraud from the laborers who harvested your fields are crying, and the cries of those who harvested have entered into the ears of the Lord of Hosts. 5 You have lived in pleasure on the earth and have been wayward. You have nourished your hearts as in a day of slaughter.

So much of the time we focus on the other great sins that we see all around us, but the truth is that one of the greatest sins of all in our world today is the sin of greed.
The borrower is the servant of the lender, and the global elite have used various forms of debt to turn the rest of the planet into their debt slaves.
As debt levels race higher and higher all over the planet, the elite are using the magic of compound interest to grab a bigger and bigger share of the pie.
Given enough time, those at the very top would have virtually everything and the rest of us would have virtually nothing.  The middle class is shrinking all over the globe, and the gap between the wealthy and the poor continues to grow at an astounding pace.
But the vast majority of people out there have no idea how money, debt, taxes and central banks really work, and so they have no idea that this is purposely being done to them.
So please share this article with as many people as you can.  The truth is that we don’t have to have this much global poverty, and if we correctly identify the root causes of this poverty we can start working on some real solutions.

In case you haven't noticed, there's an incremental push right now by the controlling elite to force vaccinations on all Americans, both young and old. And this agenda is gaining considerable traction in California, where legislators are now moving forward with plans to force childhood vaccines on all adults who work in daycare centers, both private and public.

Senate Bill 792, also known as the "Day care facilities: immunizations: exemptions" act, was presented quietly alongside SB 277, which eliminates personal, philosophical and religious vaccine exemptions for children who attend both private and public schools in the Golden State. The bill, as recently heard by the California Assembly Human Services Committee, reads as follows:

This bill, commencing September 1, 2016, would prohibit a day care center or a family day care home from employing any person who has not been immunized against influenza, pertussis, and measles.

If passed, SB 792 would represent the first adult vaccine mandate in the U.S. that disallows exemptions for personal reasons, and that threatens criminal penalties for those who fail or refuse to comply. Here's how Vaccine Impact describes SB 792:

SB 792, would eliminate an adult's right to exempt themselves from one, some, or all vaccines, a risk-laden medical procedure.

This bill would make California the first state to require mandated vaccinations for all childcare workers, including all private and public school early childhood education programs (Headstart, Private preK and preschools), family daycares, and daycare centers.

An affront to both medical and religious liberty, SB 792 appears to be the wave of the future in New America, where the perceived health of the "herd" is now more important than the health of the individual. Never before in the history of the United States have legislators pushed this hard to literally force vaccine injections on the public under duress.

But why do they feel the need to do this if vaccines really work and are truly safe as claimed? The answer is that vaccines aren't safe and effective, and more people than ever are acknowledging this truth and opting out of the "requirements" of the system through vaccine exemptions, hence the rush to eliminate these exemptions as quickly as possible, starting with California.

"This bill eliminates medical autonomy, crushes religious freedom, undermines personal freedom, and burdens quality providers with a non-optional series of medical interventions in the form of mandated vaccines that are not even 100% effective," adds Vaccine Impact

Eerie 1981 Prophecy Unfolds! “When Castro Dies This Will Happen In America…”