Law Professor: Christian Conservatives Should Be Treated Like Nazis 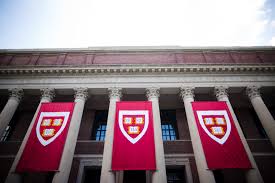 In a recent blog post, a Harvard University law professor suggested conservative Christians should be treated like Nazis.
Mark Tushnet, who served as a law clerk to U.S. Supreme Court Associate Justice Thurgood Marshall, is now the William Nelson Cromwell Professor of Law at Harvard Law. In his article titled "Abandoning Defensive Crouch Liberal Constitutionalism," he claims liberals have been too defensive when it comes to advancing their agenda in the courts.
"Several generations of law students and their teachers grew up with federal courts dominated by conservatives," he wrote. "Not surprisingly, they found themselves wandering in the wilderness, looking for any sign of hope.
"The result: Defensive-crouch constitutionalism, with every liberal position asserted nervously, its proponents looking over their shoulders for retaliation by conservatives (in its elevated forms, fear of a backlash against aggressively liberal positions).
"It's time to stop. Right now more than half of the judges sitting on the courts of appeals were appointed by Democratic presidents, and—though I wasn't able to locate up-to-date numbers—the same appears to be true of the district courts. And, those judges no longer have to be worried about reversal by the Supreme Court if they take aggressively liberal positions. (They might be reversed, but now there's no guarantee.)
"And, we shouldn't focus on the Court's docket this year, which was shaped by conservative justices thinking that they could count to five on a bunch of cases. The docket will look quite different if they can't see that path to five votes when they decide which cases to review."

To explain what he means, Tushnet outlined six changes he says needs to happen:
With respect to the question of the culture wars, Tushnet suggested a "hardline approach" to conservative Christians:
"Trying to be nice to the losers didn't work well after the Civil War, nor after Brown. (And taking a hard line seemed to work reasonably well in Germany and Japan after 1945.) I should note that LGBT activists in particular seem to have settled on the hard-line approach, while some liberal academics defend more accommodating approaches.
"When specific battles in the culture wars were being fought, it might have made sense to try to be accommodating after a local victory, because other related fights were going on, and a hard line might have stiffened the opposition in those fights. But the war's over, and we won."

Credit to charismanews.com
http://www.charismanews.com/politics/issues/57056-law-professor-christian-conservatives-should-be-treated-like-nazis
Posted by Unknown at 3:00 PM