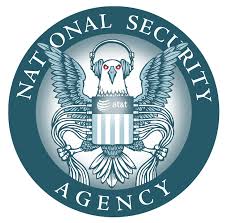 At least 80% of fibre-optic cables globally go via the U.S. This is no accident and allows the US to view all communication coming in. At least 80% of all audio calls, not just metadata, are recorded and stored in the US. The NSA lies about what it stores.

Long-time readers of Liberty Blitzkrieg will be no strangers to Bill Binney, one of the earliest NSA whistleblowers. Well before anyone had ever heard of Edward Snowden, in July 2012, I posted the following: NSA Whistleblower: U.S. Government Creating Dossiers on Millions of Citizens. In it, I noted:

Bill Binney is no joke. He worked for the NSA for 30 years before resigning because of concerns he had regarding illegal spying on U.S. citizens in 2001. It seems that the claim I and many others have made for years, that the “War on Terror” is a gigantic fraud used to instill fear and further the creation of an unconstitutional surveillance state in America is absolutely true. The “terrorists” they have declared war on are the American people themselves.

Mr. Binney thankfully has never stopped fighting for The Constitution that he swore to defend, unlike most other government officials who happily stomp all over the basic civil liberties enshrined in our founding document. He had some very choice words recently and it would be wise for all of us on planet earth to pay very close attention. We learn from theGuardian that:

William Binney is one of the highest-level whistleblowers to ever emerge from the NSA. He was a leading code-breaker against the Soviet Union during the Cold War but resigned soon after September 11, disgusted by Washington’s move towards mass surveillance.

“At least 80% of fibre-optic cables globally go via the US”, Binney said. “This is no accident and allows the US to view all communication coming in. At least 80% of all audio calls, not just metadata, are recorded and stored in the US. The NSA lies about what it stores.”

The NSA will soon be able to collect 966 exabytes a year, the total of internet traffic annually. Former Google head Eric Schmidt once argued that the entire amount of knowledge from the beginning of humankind until 2003 amount to only five exabytes.

He praised the revelations and bravery of former NSA contractor Edward Snowden and told me that he had indirect contact with a number of other NSA employees who felt disgusted with the agency’s work. They’re keen to speak out but fear retribution and exile, not unlike Snowden himself, who is likely to remain there for some time.

It shows that the NSA is not just pursuing terrorism, as it claims, but ordinary citizens going about their daily communications. “The NSA is mass-collecting on everyone”, Binney said, “and it’s said to be about terrorism but inside the US it has stopped zero attacks.”

Yep, as noted in the post: NSA Chief Admits “Only One or Perhaps Two” Terror Plots Stopped by Spy Program. Now back to the Guardian article.

“The Fisa court has only the government’s point of view”, he argued. “There are no other views for the judges to consider. There have been at least 15-20 trillion constitutional violations for US domestic audiences and you can double that globally.”

Binney recently told the German NSA inquiry committee that his former employer had a “totalitarian mentality” that was the “greatest threat” to US society since that country’s US Civil War in the 19th century.Despite this remarkable power, Binney still mocked the NSA’s failures, including missing this year’s Russian intervention in Ukraine and the Islamic State’s take-over of Iraq.

Well, I question the entire ISIS story and personally wonder if the U.S. is not perfectly fine with what is happening over there as a justification to future crackdown on civil liberties in the name of “fighting ISIS.”

With evidence that there could be a second NSA leaker, the time for more aggressive reporting is now. As Binney said: “I call people who are covering up NSA crimes traitors”.

Now watch this interview of Bill Binney from 2012:
Credit to Zero Hedge
Posted by Unknown at 11:00 AM