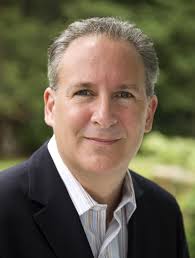 ﻿﻿This past Friday, as Fed Chairman Ben Bernanke delivered his annual address from Jackson Hole - the State of the Dollar, if you will - I couldn't help but hear it as an incumbent's campaign speech. While Wall Street was hoping for some concrete announcement, what we got was a mushy appraisal of the Fed's handling of the financial crisis so far and a suggestion that more 'help' is on the way.

It is important to remember that it's not just President Obama's job on the line in this election; in two years time, the next President will have the opportunity to either reappoint Bernanke or choose someone else. So we must understand what platform Bernanke is running on, as his office has an even greater effect on global markets than the President's.

Bernanke has been the perfect tag-team partner for George W. Bush and then Barack Obama as they have pursued an economic policy of deficits, bailouts, and stimulus. Without the Fed providing artificial support to housing and US debt, Washington would have already been shut out of foreign credit markets. In other words, they would have faced a debt ceiling that no amount of bipartisan support could raise. Fortunately for the politicians, Helicopter Ben was there to monetize the debts.

As far back as his time as an academic, Bernanke made clear that when the going got tough, he wouldn't hesitate to fire up the printing presses. He specialized in studying the Great Depression and, contrary to greater minds like Murray Rothbard, determined that the problem was too little money printing. He went on to propose several ways the central bank could create inflation even when interest rates had been dropped to zerothrough large-scale asset purchases (LSAPs). Sure enough, the credit crunch of 2008 gave the Fed Chairman an opportunity to test his theory.

All told, the Fed spent $2.35 trillion on LSAPs, including $1.25 trillion in mortgage-backed securities, $900 billion in Treasury debt, and $200 billion of other debt from federal agencies. That means the Fed printed the equivalent of 15% of US GDP in a couple of years. That's a lot of new dollars for the real economy to absorb, and a tremendous subsidy to the phony economy.

This has bought time for President Obama to enact an $800 billion stimulus program, an auto industry bailout, socialized medicine, and other economically damaging measures. In short, because of the Fed's interventions, Obama got the time and money needed to push the US further down the road to a centrally planned economy. It is also now much more unlikely that Washington will be able to manage a controlled descent to lower standards of living. Instead, we're going to head right off a fiscal cliff.

The Fed Chairman even admitted to this reality in his statement. Here are two choice quotes:

"As I noted, the Federal Reserve is limited by law mainly to the purchase of Treasury and agency securities. ... Conceivably, if the Federal Reserve became too dominant a buyer in certain segments of these markets, trading among private agents could dry up, degrading liquidity and price discovery." [emphasis added]

"...expansions of the balance sheet could reduce public confidence in the Fed's ability to exit smoothly from its accommodative policies at the appropriate time. ... such a reduction in confidence might increase the risk of a costly unanchoring of inflation expectations, leading in turn to financial and economic instability." [emphasis added]

So we all agree that the prospect of inflationary depression was made worse by the Fed's actions - but at least Ben Bernanke has pleased his boss. As a guaranteed monetary dove, Ben Bernanke appears to be a shoo-in if Obama is re-elected.

Meanwhile, Mitt Romney has pledged to fire Bernanke if elected. While I am not confident that Mr. Romney has the economic understanding to appoint a competent replacement - let alone pursue a policy of restoring the gold standard or legalizing competing currencies - he may well be seen as a threat not only to the Fed Chairman's self-interest, but also to his inflationary agenda.

Given this background, let's look at Bernanke's quotes that have been the focus of media speculation for the past week: the US economy is "far from satisfactory," unemployment is a "grave concern," and the Fed "will provide additional policy accommodation as needed." These comments seem designed to reassure markets (and Washington) that there will be no major shift toward austerity in the near future. The party can go on. But they also hint that Bernanke might be planning to double down again. I have long written that another round of quantitative easing is all but inevitable. It now seems to be imminent.

In reality, when the money drops may have more to do with politics than economics. The Fed may not want to appear to be directly interfering in the election by stimulating the economy this fall, but there are strong incentives for Bernanke to try to perk up the phony recovery before November and deliver the election to Obama. However, if Romney wins, Bernanke can at least fall back on his appeal as a team player as he lobbies for another term.