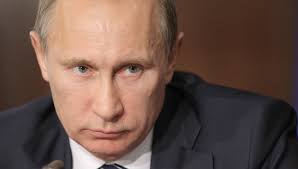 Russian Foreign Minister Sergey Lavrov issued a strong warning against a military attack on Iran Monday, April 2,, saying that a pre-emptive strike would violate international law. His comments, made during a visit to Armenia, stopped short of threatening (the US and/or Israel) of consequences.

But they backed up and were in tune with the explicit threat from Iran’s supreme leader Ayatollah Ali Khamenei last Thursday of strong Iranian resistance to foreign intervention in Syria and vow to defend Damascus as the “center of resistance against Israel.”

Western military observers link the two statements as representing an evolving Russian-Iranian front. After their shared success in delivering Bashar Assad from the revolt against his regime, the two partners are preparing to fend off a potential strike against Tehran’s nuclear program as well as shore up Iran’s regional interests from the Persian Gulf to the Mediterranean. They are getting set to counter two US-led steps, disclosed here byDEBKAfile:

1. Although the US-backed Friends of Syria 2, which took place Sunday, April 1, in Istanbul, offered the Syrian Free Army no direct assistance or support, Saudi Arabia and Qatar established an international fund to pay rebel fighters a regular wage. They hope to lure more officers and men into defecting from the army units loyal to Assad.
Moscow and Tehran view this step as Arab intervention in the Syrian conflict.

2. The US, Israel and Greece launched a shadowy air-naval exercise in the Mediterranean Thursday, March 29. Codenamed “Noble Dina,” it appears to range across a broad sweep of sea up to Crete and including the waters off Turkey, Cyprus, and Israel Navy bases in Haifa and Ashdod ports.
None of the participants have admitted the maneuver is taking place, nor given out details. Some sources say it will end April 5, although this is not confirmed.
Russia and Iran appear to be treating the two events as interconnected.
Our military sources infer from the unusually broad area covered by the tripartite air and navy exercise - almost the entire eastern Mediterranean - that it is designed to simulate action in the Persian Gulf and Gulf of Aden.
Western naval sources in Naples disclose that the American, Israeli and Greek fleets are supported by a British Royal Navy flotilla cruising around the Straits of Gibraltar. They also report that the exercise is led by the USS Enterprise Strike Force. As soon as it is over, this aircraft carrier and strike group will head through the Suez Canal to the Red Sea and Persian Gulf, raising the number of US aircraft carriers facing Iran to three.


DEBKAfile
Posted by Unknown at 12:00 PM

Email ThisBlogThis!Share to TwitterShare to FacebookShare to Pinterest
Labels: Ezekiel 38 and 39, WW3