Another treason to Israel is on the oven.... 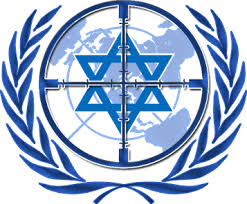 Secretary Clinton had to say that she believe a 7 years ago good will document.... how about  the Ahmadinejad declaration of sweeping Israel of the map...could that be true also?

Another treason from the government who has no friends but interests....
Praise for the Iranian negotiating team’s “achievements” at Istanbul along with a demand to end sanctions highlighted the sermon delivered on April 20 by the powerful provisional Friday Prayers Leader Ayatollah Ahmad Jannati, who is also Chairman of the Guardian Council and Imam of Tehran.

Since the western side had officially accepted “Iran’s right to peaceful nuclear enrichment,” he said, the talks with the six world powers were a success for Iran. However, “if Western hostility continues by the stretch of sanctions and pressures, Iran will leave the negotiating table,” Ayatollah Jannati warned.

DEBKAfile’s Iranian sources say that Tehran is making no secret of its substantial gains on the diplomatic front or its tactics. The US framework proposals submitted in secret, direct talks with Iran, although not yet finalized, are being treated in Tehran as a done deal. Iran is therefore hailing US offers to acknowledge its right to enrich uranium and relieve Iran’s nuclear program of international inspection as concessions already in the bag. Sensing they are on a winning streak against the West, Tehran is now pushing for the lifting of Western sanctions, “to gain the trust of the Iranian people.”

European sources calculate that the Obama administration will soon decide to lift sanctions in stages.
The unfinished, unsigned US-Iranian deal is gaining traction as a done deal in America too.

DEBKAfile’s military sources report that Prof. Kagan did not seem to share the Obama administration’s confidence that Tehran would stand by any commitment to refrain from building a nuclear weapon, particulaly since it stands on shaky ground.

On April 3, US Secretary of State Hillary Clinton announced after long conversations with Iranian and religious experts that she had been impressed by a seven-year old fatwa issued by supreme leader Ayatollah Ali Khamenei on May 10, 2005, which ruled the construction and possession of nuclear weapons a sin. The edict was forwarded to the International Atomic Energy Agency in Vienna at the time.
This is what Secretary Clinton had to say, “And if it is indeed a statement of principle, of values, then it is a starting point for being operationalized, which means that it serves as the entryway into a negotiation as to how you demonstrate that it is indeed a sincere, authentic statement of conviction. So we will test that as well.”

No one asked her if Washington and the IAEA had found out whether the fatwa had been upheld in the seven years since it was issued, or why President Barack Obama had suddenly dredged the old edict up now as sufficient warranty for Tehran to stand by its commtments in return for the sweeping concessions it has won from Washington for its nuclear program.

Three Israeli researchers, Y. Carmon of MEMRI, Ayelet Savyon and former UN ambassador Dore Gold, reported Friday, April 20, that they had found no evidence of Khamenei ever issuing a fatwa banning the building and possession of a nuclear weapon under Islamic law.

Israel’s drive to stop a nuclear Iran as an existential threat is becoming a personal campaign against President Obama for letting go on agreed principles for the sake of what its leaders regard as a dangerous deal with Tehran.

In his public address on the eve of the Day of the Holocaust and Remembrance, Wednesday, April 18, Prime Minister Binyamin Netanyahu said bluntly: “I will not hold back from telling the truth [about the Iranian nuclear threat] at the UN, in Washington and in Jerusalem.”

But his words fell on deaf ears in Israel, where people have become inured to his highflown talk and by now wonder if it will ever lead to action.

Email ThisBlogThis!Share to TwitterShare to FacebookShare to Pinterest
Labels: End Times, Ezekiel 38 and 39