Record Number Of Strong Earthquakes In 2011 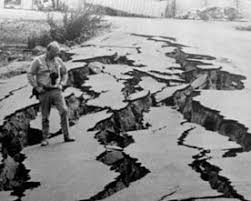 The number of dangerous earthquakes recorded worldwide so far in 2011 has reached record new levels, according to research conducted by iWeather Online (IWO).

By analysing data from the US Geological Survey (USGS), IWO was able to determine that earthquake activity (6.0-9.9 magnitude) during the period 01 January to 12 October 2011 reached its highest level in 20 years. The 2011 data was compared with data for the corresponding period in each of the 19 previous years since 1992.

Interestingly, the total number of earthquakes (magnitude 0-9.9 magnitude) recorded in 2011 is dramatically lower than the previous four years since 2007.


Meanwhile, unusual earthquake activity has also been detected in other parts of the world during 2011 (click location for full story):

- More than 10,000 earthquakes have been detected by Spain’s Instituto Geográfico Nacional (IGN) around the island of El Hierro since 17 July.

- In late August/early September, the Geophysical Institute, Academy of Sciences of the Czech Republic recorded 10,000 earthquakes in the Nový Kostel area of the Cheb District, a region located close to the Czech Republic’s western border with Germany.

- The Atlantic region of Bermuda, which was hit by its first earthquake in over a decade in April, was rattled by two moderate quakes in early October

- One of the strongest earthquakes to strike the U.S. East Coast in decades rocked buildings as far as North Carolina and Canada on 23 August, causing damage to buildings and a number of injuries.

- A magnitude 2.9 earthquake, followed by at least six earth tremors, was recorded in western Scotland on 21 August.

- Georgia was struck by a magnitude 5.1 earthquake on 18 August, the strongest earthquake to hit the eastern European nation in almost two years.

- A relatively rare, moderate earthquake struck near the coast of Israel and the Gaza Strip on 07 August.

- A 4.8 magnitude earthquake shook the northern Italian city of Turin, as well as parts of neighbouring France, Monaco and Switzerland, on 25 July.

- A moderate earthquake struck near the Nabro volcano in Eritrea on 17 July, five days after the stratovolcano erupted for the first time in recorded history.

- A 5.5 magnitude earthquake struck the South Sandwich Islands region, situated around 750km south east of South Georgia, in the South Atlantic on 19 June. It was the latest in a series of quakes to hit the Antarctic Region during a 24-hour period.

- Two moderate earthquakes, measuring 5.2 and 4.5 on the Richter Scale, struck Spain on 11 May, killing 10 people.


According to the USGS: “Although it may seem that we are having more earthquakes, earthquakes of magnitude 7.0 or greater have remained fairly constant throughout this century and, according to our records, have actually seemed to decrease in recent years.”
Irish Weather
Posted by Unknown at 12:00 PM