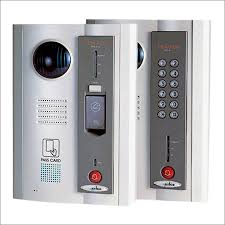 16And he causeth all, both small and great, rich and poor, free and bond, to receive a mark in their right hand, or in their foreheads:
17And that no man might buy or sell, save he that had the mark, or the name of the beast, or the number of his name.

All they have to do is merge the bank data base with this one, and DONE.


The FBI announced last week that its new identification system has reached its initial operating capacity. Known as Next Generation Identification (NGI), the Lockheed Martin-built program serves as an incremental upgrade of the FBI’s Integrated Automated Fingerprint Identification System, or IAFIS — which will revolutionize law enforcement’s ability to process fingerprints.
NGI provides automated fingerprint and latent search capabilities, electronic image storage, and electronic exchange of fingerprints to more than 18,000 law enforcement agencies and other authorized criminal justice partners 24/7. Upon completion, the system will have the ability to process fingerprint transactions much more effectively and accurately.

“The implementation announced today represents a tremendous achievement in enhancing our identification services. Already, we’re seeing how the NGI system is revolutionizing fingerprint identification in support of our mission,” said Louis E. Grever, executive assistant director of the FBI Science and Technology Branch.
“Lockheed Martin was there supporting the FBI when IAFIS went live in 1999, and we’re thrilled to be here for NGI today,” affirmed Linda Gooden, executive vice president of Lockheed Martin Information Systems and Global Solutions. “Technology like this is a powerful tool when it comes to protecting America’s citizens, and we’re proud to serve as a partner in that mission.”
Lockheed Martin, the nation’s largest recipient of defense industry contracts, and a leader in the field of biometrics, says that the new technology enhances the FBI’s background-check programs by giving investigators expanded and more timely access to fingerprints. They also note that they see the FBI contract as a means by which biometric surveillance can be increased: a press release from the defense contractor states that “[W]hile this meets the challenges of today, tomorrow holds the possibility of developing iris scanners, genetic scanners, and other advanced biometric solutions.“
The biometrics company was awarded the $1 billion contract to develop the new, enhanced identification system in February 2008. According to Leslie Holoweiko, a Lockheed representative, the company has also received government contracts to open the Biometric Experimentation and Advanced Concepts (BEACON™) center in White Hall, W.Va., to serve as a collaborative center in the development of integrated biometrics solutions for both current and future initiatives. She also indicates that the company is the lead systems integrator for the Registered Traveler program led by Verified Identity Pass, Inc. Lockheed is also the lead contractor for the Transportation Worker Identification Credential (TWIC) program, a TSA initiative to protect ports by issuing a biometrically-based credential to vetted workers requiring unescorted access to the ports.
The Washington Post also says that the NGI database relies heavily upon real-time (or very nearly real-time) comparisons. This could include general face recognition, specific feature comparison (notable scars, shape of the earlobe, etc.), walking stride, speech patterns, and iris comparisons. To date, facial-recognition technology hasn't exactly reshaped the face of law enforcement.
The increasing use of biometrics for identification is raising questions about the increasing inability of Americans to avoid unwanted scrutiny. It is drawing criticism from those who worry that people's bodies will become de facto national identification cards. Critics say that such government initiatives should not proceed without proof that the technology really can pick a criminal out of a crowd.
The Department of Homeland Security has been using iris scans at some airports to verify the identity of travelers who have passed background checks and who want to move through lines quickly. The department is also looking to apply iris- and face-recognition techniques to other programs. The DHS already has a database of millions of sets of fingerprints, which includes records collected from U.S. and foreign travelers stopped at borders for criminal violations, from U.S. citizens adopting children overseas, and from visa applicants abroad. Therefore, there could be multiple records of one person's prints.
"It's going to be an essential component of tracking," warned Barry Steinhardt, director of the Technology and Liberty Project of the American Civil Liberties Union. "It's enabling the Always On Surveillance Society."
Advocates of civil liberties (inspired by John Locke’s belief that one’s natural rights to life, liberty, and property entail a fundamental right to be free from government intrusions into bodily autonomy) also are concerned that the creation of this biometric database can unconstitutionally infringe on the Fourth Amendment rights of the American people. (The New American discussed many of these concerns in aprevious analysis of the DHS's creation of a genetic scanning program, which could easily metastasize into a government DNA database.)
By 2013, the FBI says that it hopes to expand the NGI system to “fuse” fingerprint-, face-, iris-, and palm-matching capabilities into one mega-database, according to Kimberly Del Greco, the FBI's biometric services section chief. In addition, Lawrence Hornak, director of the West Virginia University Center for Identification Technology Research (CITeR), indicated that the government’s goal is “ubiquitous use of biometrics.” A traveler may walk down an airport corridor and allow his face and iris images to be captured without ever stepping up to a kiosk and looking into a camera, he said.