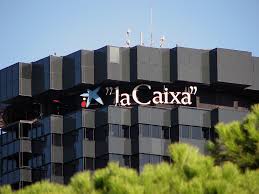 The total exposure of Spanish savings banks to real estate and building amounts to 217bn euros, of which 100bn euros is classed as “potentially problematic”, the Bank of Spain said.

However, Miguel Ángel Fernández Ordóñez, the governor of the Bank of Spain, insisted that such a risk level did not endanger the Spanish financial sector as a whole.
Mr Fernández Ordóñez also described new rules on capital requirements approved by the government on Friday as “essential and necessary” to avoid a collapse in Spanish banks’ access to external financing, which in turn could cause a much more severe domestic credit crunch.
The regulator gave a breakdown for the first time of savings banks’ risks linked to real estate and construction after a decade-long building boom collapsed, leaving at least 1m homes unsold and more than 20pc of the labour force out of work.
Spain is trying to convince investors it can shore up the banks without overburdening public finances.
Mr Fernández Ordóñez was somewhat more optimistic about the situation than finance minister Elena Salgado, who said recently that any forced state rescue of collapsing cajas would be no more than 20bn euros. He said it would be “clearly” less than that amount.


A state-run restructuring fund was set up in 2009 and has so far disbursed almost 12bn euros to help ailing cajas. The fund has an additional 7.5bn euros at its disposal to inject in cajas, of which 3bn euros is in the form of credit lines.
Mr Fernández Ordóñez said that the recent overhaul of the caja sector compared favorably with banking overhauls in other countries. “We are proud of the important efforts that the entities have undertaken,” he said. “That hasn’t been the case in all countries.”
Next month, the central bank will also publish a breakdown estimate of the financing needs of each caja.
THE TELEGRAPH